Except for a brief stint in the military, Paul Crawford has spent his entire life farming in southern Oregon. First, as a boy, chasing his dad through hayfields and now, growing alfalfa

Some 40 percent of all people on Earth live within 60 miles of the coast. That statistic, perhaps more than any other fact or figure, testifies to how much human civilization depends

The United States Owes a Massive Climate Debt. One Way to Pay It: Let In Climate Migrants.

The United States has generated more heat-trapping carbon pollution than any other nation, but it has not felt the impact of climate change in equal measure. Poorer countries in warmer latitudes are

A Tale of Two Climate Migrants

This story is part of Covering Climate Now, a global journalism collaboration strengthening coverage of the climate story.  Climate change is fueling longer dry spells, bigger floods and more violent storms across the

Few species have proved as adaptable as Homo sapiens. From their origin in the Horn of Africa, modern humans extended their reach to the frigid plains of Siberia, the torrid deserts of

In one of his first acts as president, Joe Biden paused new oil and gas leases on federal lands and waters. Companies can still drill areas they had previously leased, and they

Philly Wants to Wean Off Gas. The City-Owned Gas Utility Is Refusing to Go Along.

In 2018, Philadelphia laid out an ambitious plan to cut citywide carbon pollution 80 percent by 2050. To hit that goal, the city would need to change the way it heated buildings

When the oil boom came to North Dakota around 2008, it also came to the Fort Berthold Indian Reservation. The reservation had long endured high levels of poverty, and drilling offered much

Issue 2: The Future of Natural Gas

Throughout the 20th century, coal supplied the bulk of America's electricity. It was coal, by and large, that kept our light bulbs, radios, laundry machines, dishwashers, TVs and computers humming along, and

How Gerrymandering Silences the Environmental Vote

A little more than two weeks before Trump supporters stormed the Capitol, University of Maryland sociologist Dana Fisher warned that “America is drifting towards a violent schism.” Later reflecting on the insurrection,

The United States is the world's oldest modern democracy. Its old age is a testament to the strength of the American system and the source of many of its failures. The founders

Last year saw a raft of unprecedented extreme-weather events — the biggest-ever California wildfire, the most named storms in the Atlantic, the costliest thunderstorm in U.S. history. Experts said these disasters both

Shreya Ramachandran, 17, remembers witnessing California’s water crisis firsthand on a visit to Tulare County in 2014, when she was still a preteen. Tulare spans a large swath of farmland in California’s 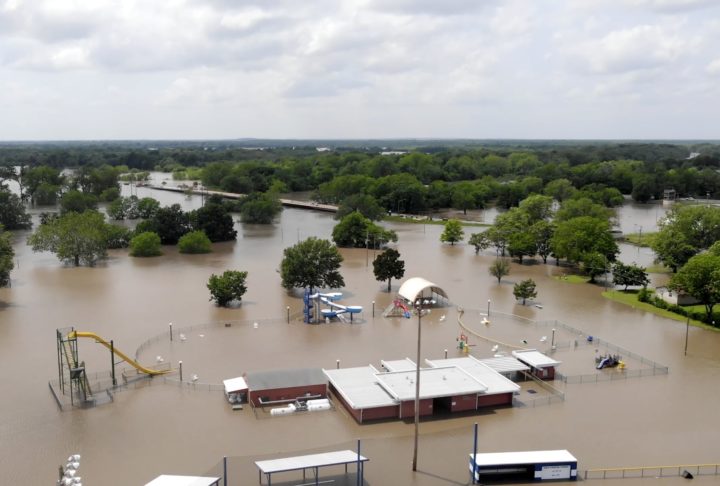 The Trump administration is making a last-minute push to sell oil rights in the Arctic National Wildlife Refuge (ANWR). Firms can now select which swaths of pristine Alaskan wilderness they would like 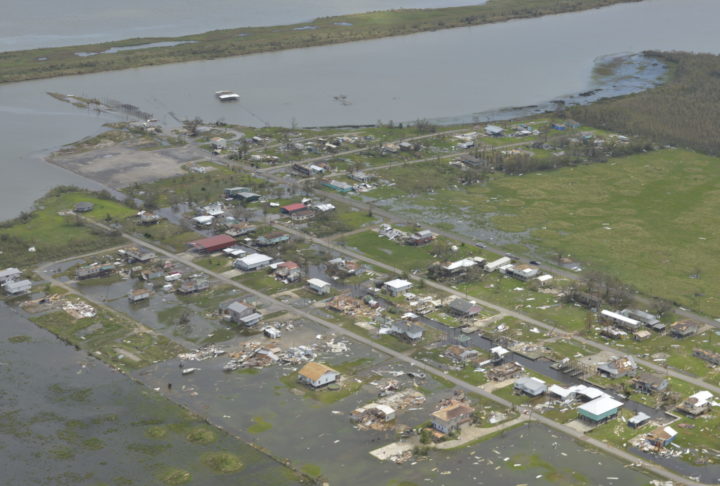 When Hurricane Laura slammed into Lake Charles, Louisiana at the end of August, it downed power lines, felled trees and stripped roofs off houses in its path. After the storm passed and 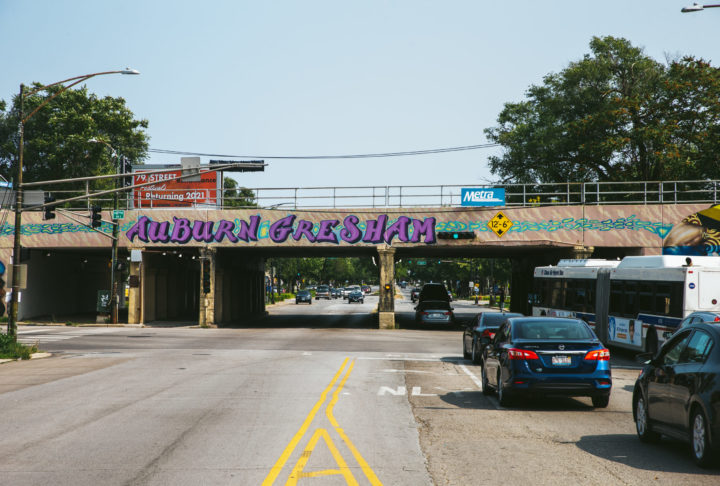 This story was produced in partnership with Bloomberg CityLab and is not available for republication. Patricia Frieson was a caretaker, a nurse by trade who looked after her nieces and nephews when 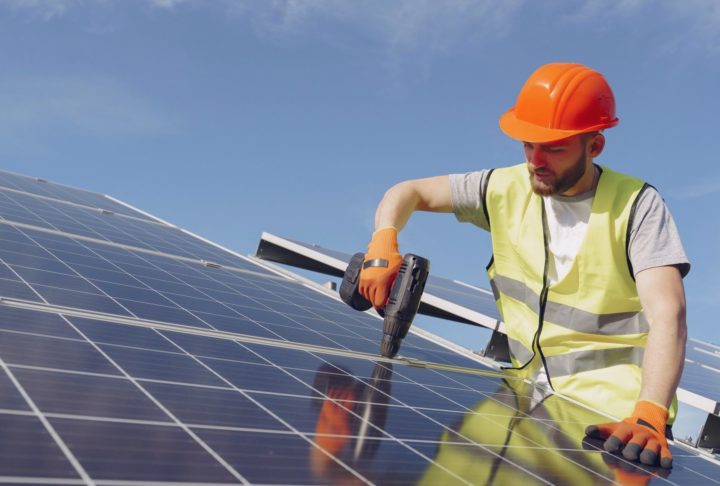 No, Renewables Did Not Cause California’s Blackouts

Record heat across California last weekend spurred Golden Staters to blast their air conditioners. The strain on the power grid was so great that California’s grid operator started rationing electricity. For the 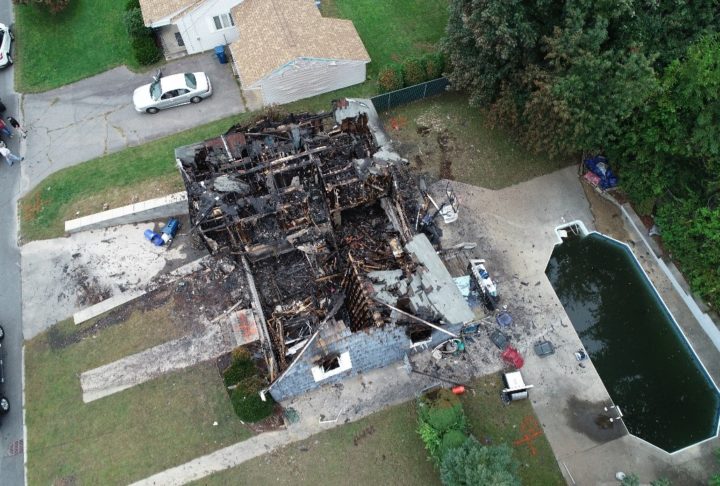 The Growing Danger From Gas Pipelines

Pipelines exploded with the force of bombs, setting homes ablaze in Merrimack Valley, Massachusetts, on the evening of September 13, 2018. Columbia Gas, the local gas utility, had allowed too much pressure 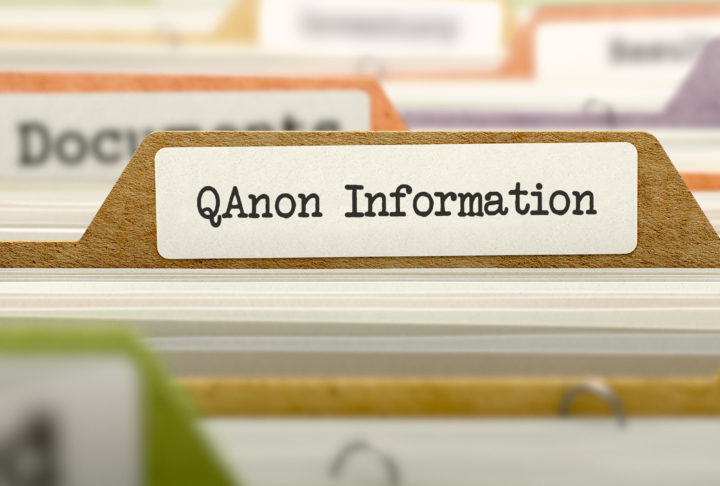 Naomi Seibt was supposed to be the right’s answer to Greta Thunberg — a charismatic, blonde, German teen who would challenge climate science, like a comic book nemesis who is endowed with 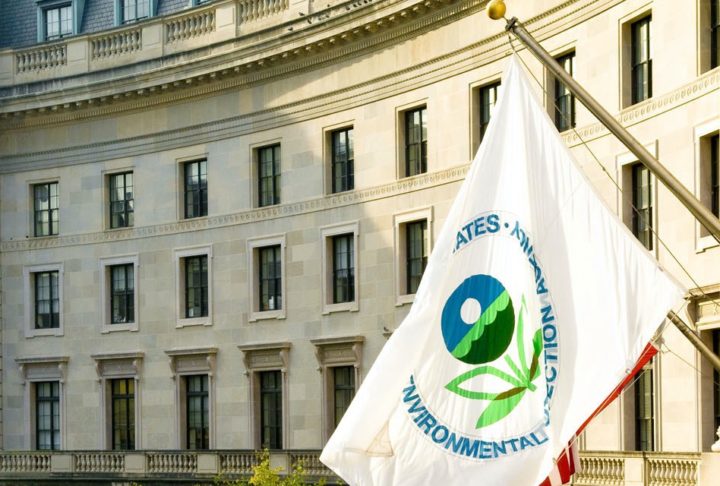 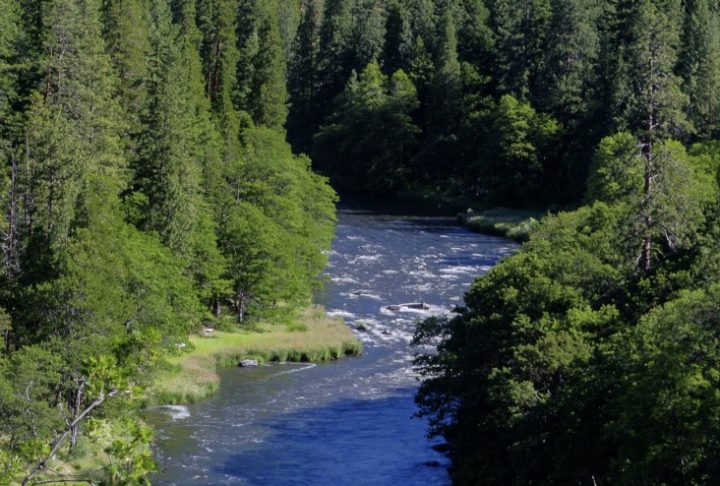 They Tried to Tame the Klamath River. They Filled It With Toxic Algae Instead. (VIDEO)

The Karuk people define themselves by the Klamath River, just as the Romans did the Tiber or the Egyptians did the Nile. The word “Karuk” means “upstream,” a reference to the waterway, which runs from 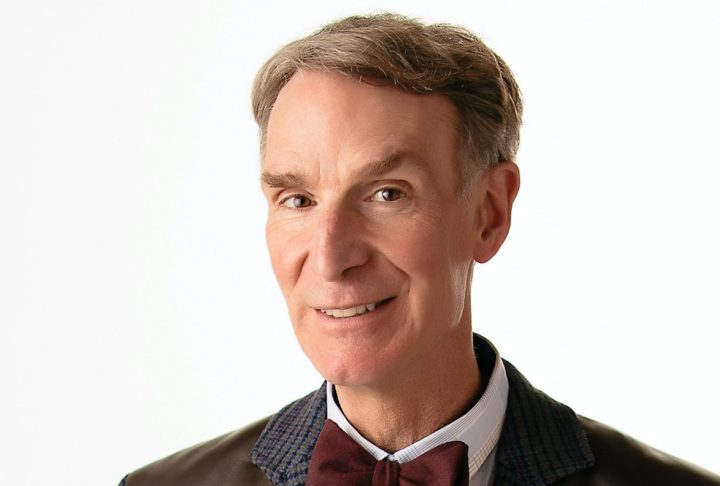 Bill Nye: We Are Failing a National Test of Science Literacy

The United States is facing two massive threats — climate change and the coronavirus — that we cannot solve without science. One is playing out slowly, over decades, growing inexorably worse as

Toxic Algae Are a Menace. Humans Are Giving Them Ammunition. 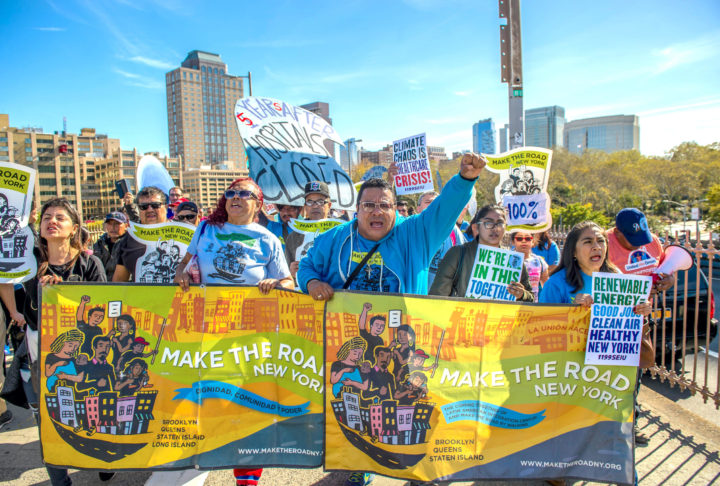 Latino Voters Are Worried About Climate Change. They Could Swing the Election.

President Donald Trump and former Vice President Joe Biden are in a dead heat in Texas, a state that has swung Republican in every presidential election since 1976. If Biden pulls off 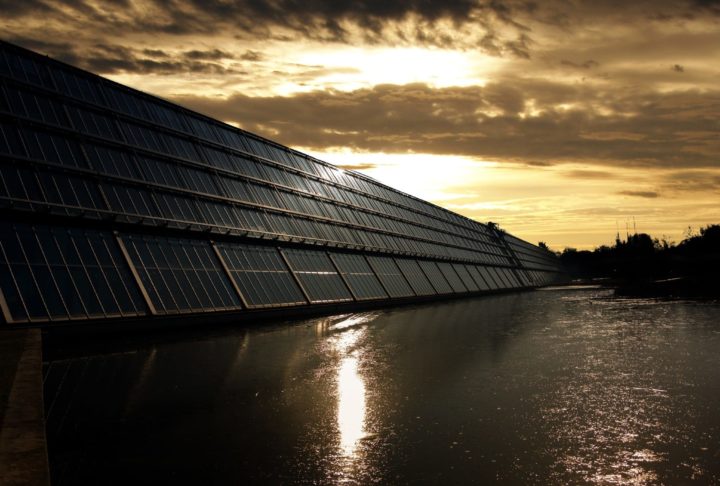 Experts disagree about how fast the United States can replace coal and gas-fired power plants with zero-carbon electricity. Some say we can shift to 100 percent clean power by 2050 with little 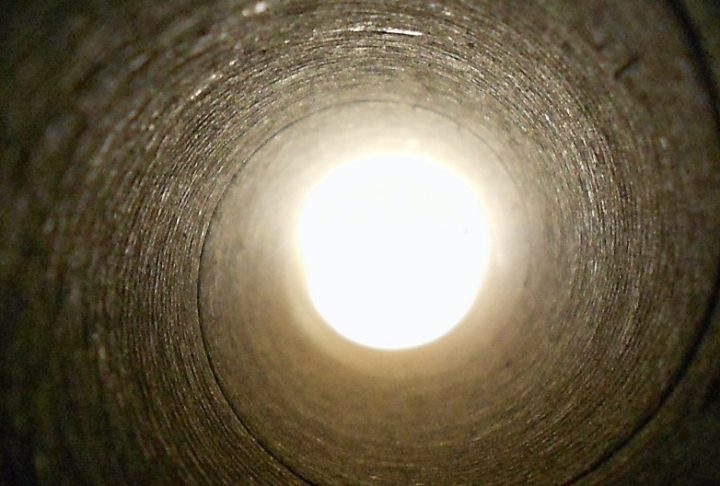 Pipeline Projects Continue During the Pandemic

Pipeline giant Kinder Morgan is cutting a 400-mile line across the middle of Texas, digging up vast swaths of private land for its planned Permian Highway Pipeline. The project is ceaseless, continuing 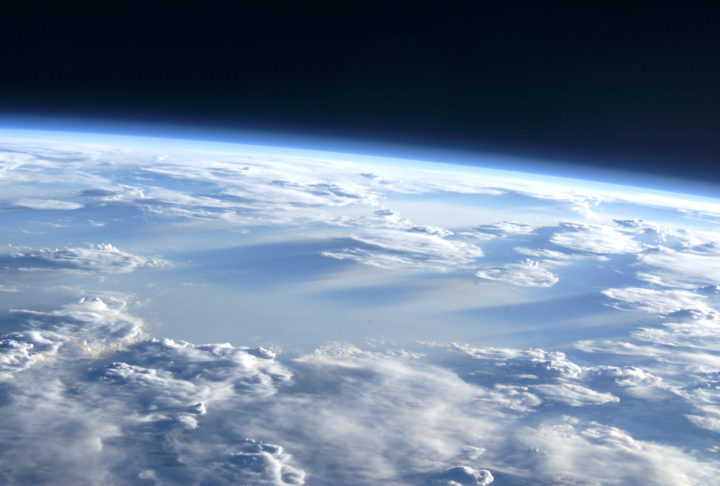 A New Ozone Hole? Climate Change Could Be To Blame.

You may have heard about the hole in the ozone layer, which hovers over Antarctica. It has shrunk over time thanks to policies that curbed the use of ozone-depleting chemicals. In the 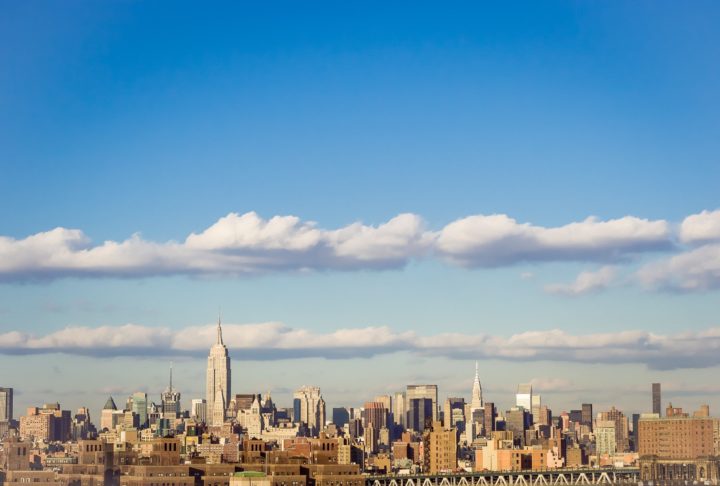 The coronavirus is a case study in the limits of federalism. Where the federal government has declined to gather and distribute masks, gloves and ventilators, states and cities have been forced to 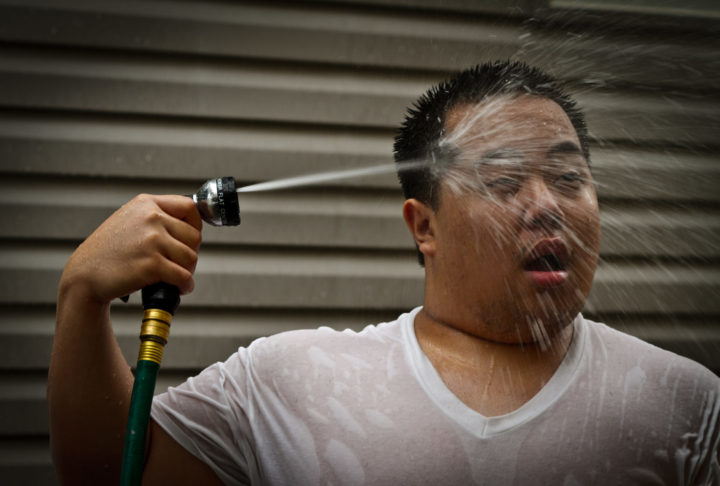 While there is some preliminary evidence that sunlight, heat and humidity could slow the spread of the coronavirus, the summer months also promise a host of new risks, The Washington Post reports.

How Oil Companies Are Trying to Win Back the Youth

This story is published as part of Covering Climate Now, a global journalism collaboration strengthening coverage of the climate story. When he interned at Shell, José Gomez made $5,200 a month. That

The 2010 BP oil spill dumped more than 200 million gallons of crude oil into the Gulf of Mexico, where it killed billions of fish. Had things gone as planned, that oil

Are We Screwed On Climate Change?

If you are a climate scientist, you are likely to hear the same question, again and again, from inquiring minds at weddings, bar mitzvahs, birthday parties and cocktail hours — are we screwed? It’s

A preliminary estimate from NOAA finds that levels of atmospheric methane, a potent heat-trapping gas, have hit an all-time high. Methane is roughly 80 times more powerful than carbon dioxide, and while

Coronavirus Shows How to Fight Lies About Climate Change

With both coronavirus and climate change, misconceptions abound. In each instance, people have downplayed the impact or blamed China, and many believe that news outlets are exaggerating the threat. But with coronavirus,

In September 2019, Hurricane Dorian tore through the Bahamas, killing 70 people and inflicting billions in damages. While nearby Florida escaped mostly unscathed, those with deep ties to the Bahamas felt a

The last few years have seen a stunning shift in the way Americans think about climate change, which has gone from a marginal concern—one scarcely mentioned in run-up to the 2016 election—to

These Apocalyptic Myths Are Coming True Thanks to Climate Change

The last year or so has seen a spate of landmark climate change reports that lay out an apocalyptic vision of the future, a vision that is already starting to take shape

When Hurricane Maria hit Puerto Rico, Maria Robles saw rainfall so severe that it punched a hole through her roof and flooded her home in San Juan. “We lost everything inside the

Obama’s EPA Chief: ‘Sometimes You Need to Listen to the Kids’

As EPA administrator under former president Barack Obama, Gina McCarthy crafted a slate of ambitious policies to curb planet-warming carbon pollution. But since Trump took office, she has seen much of her

Earlier this month Hurricane Dorian made landfall in the Bahamas, delivering winds upwards of 180 miles an hour and widespread flooding, enough destructive force to kill at least 50 people and leave

Environmental Racism Is Bad for Your Brain (VIDEO)

There are a lot of explanations for the apparent gap in IQ test scores of white Americans and Americans of color. Some experts point to things like bias in the exam itself,

The Radical Philosophy of Extinction Rebellion

Farming with Artificial Intelligence Is Changing Our Food Supply

Wine growers have a neat, if unusual, trick for making more flavorful wine — don’t water the vines. Let the vines go dry right before harvest, and they will yield smaller grapes with more

How to Make More Electric Cars Without More Destructive Mining

Climate warriors like to imagine a future where electric cars put oil companies out of business. Firms would stop injecting known carcinogens into the ground to break up the layer of hard,

Offshore Drilling Has Become a Liability for the GOP

Every year, the Tampa Bay Beaches Chamber of Commerce puts out an advocacy agenda. Much of it reads like Mitch McConnell’s to-do list — cut regulations, lower taxes, rein in the minimum wage — with one

The politics of climate change are shifting. This year, as the most diverse Congress in history was sworn in, its newest members called for an ambitious plan to overhaul the U.S. economy

More than 300 U.S. colleges and universities have committed to major carbon reduction targets and climate resiliency plans as part of Second Nature’s Climate Action Network. The goal is to make college

Everything Old Is New Again (VIDEO)

The River Beech Tower, a conceptual design for a wood skyscraper in downtown Chicago. Source: Council on Tall Buildings and Urban Habitat The home of the future won’t look like The Jetsons. It

Mark Twain once said, “The Mississippi River will always have its own way; no engineering skill can persuade it to do otherwise.” His words have endured through more than a century of

This is the first of five installments in a series about clean energy. In the spring of 2009, Mark Parkinson, then governor of Kansas, was considering a request from Sunflower Electric to

This story is part of a series about Standing Rock, North Dakota — the contested pipeline and the people resisting its construction. Nexus Media is highlighting voices from the protests unfolding along the Missouri

Finding a Recipe for a Healthy Energy Mix

Over at the Energy Desk this week we’ve been thinking about diets. Energy diets, of course — but first, a metaphor. Imagine a doctor tells you your cholesterol is dangerously high and you need