The Making of the ‘Thin Green Line’

This story is published as part of Covering Climate Now, a global journalism collaboration strengthening coverage of the climate story. One afternoon in 2012, members of the Lummi Nation called a public

A prominent Asian virologist with longstanding ties to the United States was making plans to attend a conference here when he learned he couldn’t get a visa. It was the first time

Rumors take hold after every crisis, whether it’s a global pandemic or a climate-driven disaster. Social media makes it easy. Anyone can post any story, true or not, and count on others

This Man Wants to Make You a Tower Climbing Grease Monkey

Thanks to the coronavirus, we are rapidly heading toward a recession. Lawmakers are scrambling for ways to keep the economy aloft — distributing relief payments, bolstering unemployment, bailing out out hard-hit industries. But these

Greta Thunberg, who famously missed school to protest climate change, recently met Malala Yousafzai, who won the Nobel Peace Prize fighting to make sure girls could get an education. The photo op

For decades, the Inuit woman, a victim of the 1918 Spanish flu, lay buried in a mass grave under six feet of Alaskan permafrost. But when the frozen ground began to thaw

Architect Ruurd Gietema lives in The Netherlands, a country perennially trying to hold back the sea. He said his homeland has paid a price for the high dikes and tall dunes it

Air Pollution Could Be Making You Anxious, Depressed — and Violent

There is a wealth of research detailing all the terrible things that air pollution can do to your body, such as contributing to heart disease, lung cancer, childhood asthma and emphysema, among

Belinda Osorio Hanzman chokes up at the thought of having to leave her two children behind in Florida if she is forced to go back to Honduras, the country where she was

Extreme heat often kills more people in this country than hurricanes, floods, lightning and tornadoes. But heat is not an equal opportunity killer. “It’s very selective in the way it kills people,”

As California Forests Heat Up, Birds Are Flocking to Higher Ground

It is hard to build a net-zero building — one that produces more energy than it consumes — in the middle of a city. For one thing, nearby skyscrapers might block sunlight from reaching rooftop solar

Scientists Use Underwater Speakers to Lure Fish to Dead Reefs

A healthy coral reef sounds like a bowl of Rice Krispies in milk. Snap. Crackle. Pop. “Thousands of invertebrates make this constant crackling, sizzling, static-like sound as … shrimp snap their claws and

Rheumatologist George Stojan says that many of his lupus patients know their joints are going to swell or go stiff when the weather shifts, particularly when the temperature or humidity changes. It

The flu has a paradoxical relationship with the weather. In the United States, the flu thrives in the winter, when the air is cold and crisp, and then ebbs in the spring,

When Selling Your Home, It Pays to Be a Climate Change Denier

David Fisher worries about what could happen to his home on Fire Island in an era of rising seas. The two-story wood-and-glass house is only 75 feet from Great South Bay and

Air Pollution Could Literally Cause You to Lose Your Hair

There is no question that air pollution poses a serious health danger. It exacerbates asthma, especially in children, and shortens lives. It’s also linked to diabetes, cognitive decline and birth defects, as

Illegal Gold Mining Is Laying Waste to the Amazon

Last summer, scientist Maria Rodriguez traveled to the Peruvian region of Madre de Dios, once the home of lush rainforests, meandering rivers and thriving wildlife. But her destination was anything but picturesque. 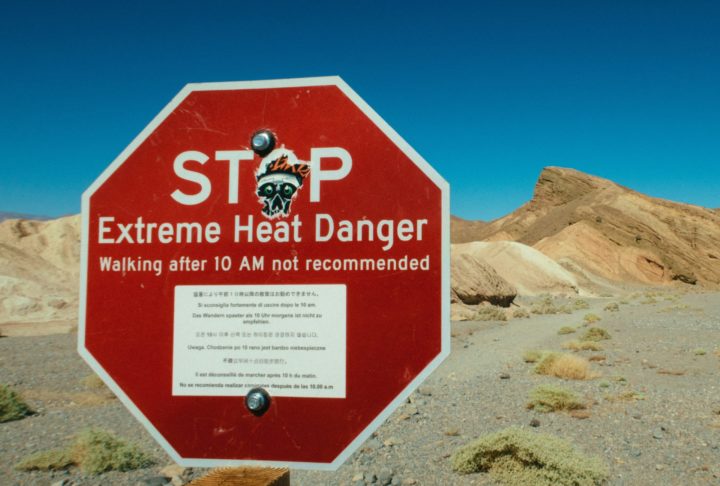 How Your Prescription Drugs Could Kill You During Heat Waves

One day during the summer of 2018, Nita Sweeney, a 58-year-old retired lawyer-turned-author from Upper Arlington, Ohio, set off for a 7-mile run — a normal distance for an avid runner. It was warm 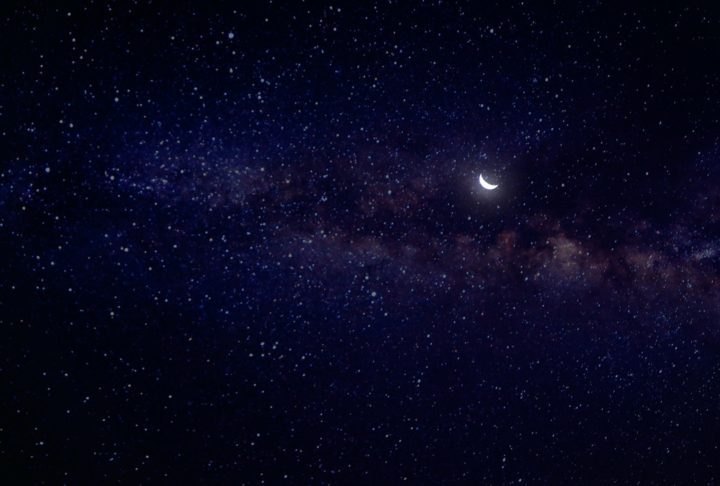 Scientists Use the Dark of Night to Generate Clean Energy

Scientist Aaswath Raman long has been keen on discovering new sources of clean energy by creating novel materials that can make use of heat and light. And lately, he has focused on

Politics Is Literally Keeping Americans Up at Night

Two defining features of the Trump presidency are conflict and chaos. From the moment he took the oath of office, waves of criticism followed him wherever he went. Now, as the House

Xiye Bastida grew up in the Mexican town of San Pedro Tultepec embracing the Otomi indigenous belief that if you take care of the Earth, it will take care of you. “Earth

When retired Canadian meteorologist Michael Purves transcribes the handwritten notes from an ancient ship’s log, he finds himself transported back in time a century, imagining he is on board an old cutter,

When Morgan Poor gave birth to her son, she and her husband shopped around for the perfect diaper, hoping to find one that was both effective and environmentally friendly. They tried a

Why Big Name Brands Lose Out By Going Green

When Morgan Poor gave birth to her son, she and her husband shopped around for the perfect diaper, hoping to find one that was both effective and environmentally friendly. They tried a

Matthew Cooper witnessed the heartbreaking effects of malnutrition on young children, first as a Peace Corps volunteer in Kissa, a village in southern Mali, and later as a graduate student doing research

Janet K. Swim has focused a lot of her research on human behavior, especially as it relates to the environment, but she didn’t home in much on the influence of gender — at least

The colorful parrotfish is special. Over its lifetime, it can change its hue — making it a sought-after vision for scuba divers — and even its gender. It poops fine white sand that washes up on

Elephants and Monkeys Are Working to Protect You From Climate Change

Mother Nature has it figured out. She’s designed a master scheme that connects plants and animals, all working in concert to keep every living thing in balance. Imagine a stack of dominoes — knock

Humans Have Reshaped the Water Cycle. Diagrams Don’t Reflect That.

Ben Abbott and David Hannah believe water cycle diagrams — depictions that illustrate how water circulates on Earth — are hopelessly out-of-date because they don’t show the disruptive influence of humans. “It’s as if they were

Powerful winds can topple trees and tear up shrubs in the forest. And this can create an opening for invaders, plants that don’t belong there. To learn more about this post-storm phenomenon,

The Iconic Joshua Tree Is in Trouble

Botanist Lynn Sweet regularly treks through California’s Joshua Tree National Park, nearly 800,000 acres that lie at the intersection of the Mojave and Colorado deserts. She likes to photograph the gnarly, spikey-limbed

Cool Ideas to Clean Up the Pollution from Cars, Trucks, Ships and Planes

Nearly a century ago, German engineer Anton Flettner launched a ship into the ocean. “Without sails or steam, like a ghost ship, it moved mysteriously through the water with no apparent means

There’s a Fungus Among Us — And It’s Deadly.

Most of us know that those mushrooms we love on top of a pizza are a fungus. But not everyone realizes that some fungi also cause disease, unless, of course, you’ve suffered

For nearly a century, scientists thought that malaria could only spread in places where it is really hot. That’s because malaria is spread by a tiny parasite that infects mosquitoes, which then

Island Trees Have Nowhere to Run From Climate Change

Kyle Rosenblad was hiking a steep mountain on the island of Maui in the summer of 2015 when he noticed a ruggedly beautiful tree species scattered around the landscape. Curious, and wondering

The Danger of Living in a Walkable Neighborhood

Nicholas Howell is a walker and a cyclist, both for physical fitness and commuting. “It’s something that is important to me, personally, as a part of my life,” he said. Nevertheless, it

Microbes are everywhere — on land, in the sea and in the air. They are on us and inside us. All living things interact daily with bacteria, viruses and other microorganisms. We consume them

Raw fish. Source: Pixabay Firat Güder admits it, albeit a bit chagrined. He often leaves unopened yogurt in his office at room temperature for several weeks before he eats it. He likes

Edible insects are a great source of protein. But it’s probably folly to think that more than a few people want to swap crickets for steak on the dinner plate. Chomping on

Could Snow Be the Next Source of Clean Energy?

When the conversation turns to clean, renewable energy, the talk almost always is about sun and wind. No one ever brings up another natural power source, as yet untapped — snow. Incredible as it

Invisible Heroes of the Sea (PHOTOS)

For nearly two centuries, scientists have pondered “Darwin’s Paradox,” the enduring mystery of why coral reefs thrive in tropical waters, which are woefully short on nutrients. Reefs are teeming oases in aquatic

This Ocean Farmer Is Growing Food That Cleans up Pollution

Catherine Puckett needs to be close to the ocean. That's because she is an ocean farmer. “I just can’t be away from it,” she said. “It means everything to me.” She has

It’s hard to talk about mood without invoking the weather. When people are cheerful and happy, their outlook is “sunny.” But when they are sad or depressed, the world seems “dark” and

The gnarled and twisted trees in these tropical forests are cloaked in clouds and mist, much like the fairy tale forests drawn by British illustrator Arthur Rackham for the Brothers Grimm. But

Children spend a lot of time outdoors playing tag, shooting hoops or climbing trees. If they live in cities, they might run around near busy roads. Parents always teach their kids to

The poisoning of Flint is a tragedy without end. Five years after learning their water supply was laced with lead, the residents of this Michigan town 66 miles northwest of Detroit still

How a Few Small Fixes Could Stop Climate Change

When thinking about new ways to tackle climate change, University of Oxford researcher Thom Wetzer first points out how a modest rise in temperature could push the Earth to a tipping point