Molly Taft is a freelance writer based in New York, and a former staff writer at Nexus Media News. Her work has appeared in outlets such as Vice, The Intercept, The Outline, HuffPost, Quartz, Fast Company, Popular Science, Teen Vogue, CityLab, and Buzzfeed. 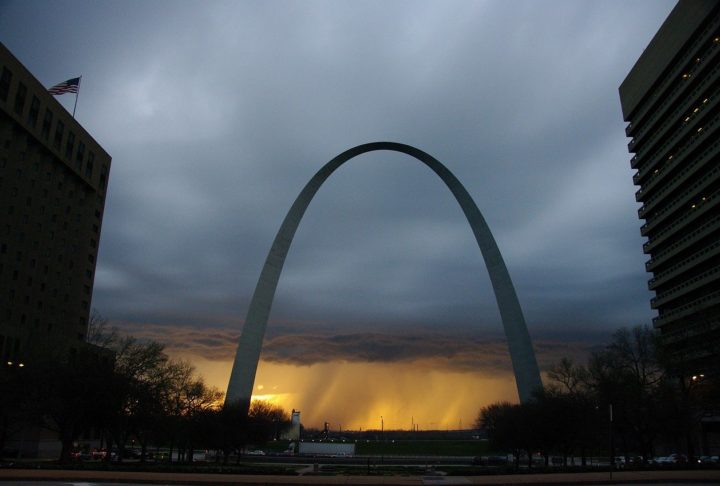 Chances are, if you’re under 25, you’ve grown up using YouTube as a definitive source for everything from news to makeup tutorials to cooking how-tos. A study conducted last year shows that

If you ask her, Peggy Stanley can give you a rough running tally of the money that Blackjewel Mining owes her husband. First, there are the paychecks. One was supposed to be

For Climate Deniers in Power, ‘Ridicule Can Be Tremendously Effective’

It’s been a week since David Karpf first went viral, but he’s hoping his time in the culture war spotlight will soon come to an end. “You can’t really go bigger than

Criminal Justice in the Age of Climate Change

It was long predicted that Houston was unprepared for a hurricane like Harvey, yet the storm caught the city off-guard when it landed a year and a half ago. Hurricane Harvey dawdled

Thanks to a new law, Ohioans will soon start seeing an extra tax on their electric bills. The monthly price hike will range from 85 cents for private consumers up to around

In June, the Trump administration unveiled one of its largest environmental rollbacks to date: replacing the Obama administration’s Clean Power Plan rule, which regulated carbon pollution from power plants. The rule had

Electric Flight is the Future of Air Travel

This fall, teen Swedish climate activist Greta Thunberg will be touring the United States, attending two different climate summits in New York and Brazil to speak with world leaders. But the hardest

Last week, General Electric announced it would close a California gas plant 20 years ahead of schedule. The Inland Empire Energy Center in California, the company said, was “uneconomical to support further”

Lisa Marshall isn’t your typical activist. For one thing, she’s not into crowds and didn't originally see herself among the legion of fossil fuel protesters. “I don’t really like rallies,” Marshall, a

The Climate Rebellion Inside Amazon

When Kathryn Dellinger moved to the Pacific Northwest five years ago to take a position at Amazon, she fretted over friends and relatives back home in Virginia as successive hurricanes tore apart

This Year, Graduating Seniors Will School the Country on Climate Change

In June of 1968, Dartmouth valedictorian James Newton devoted his commencement speech to the foremost issue of his time: the Vietnam war. Calling the conflict a “vast international atrocity,” Newton urged his

Students Are Terrified of Climate Change. Some School Boards Say It’s Too Political to Talk About.

Burning book pages aren’t supposed to rain from the sky. But for students growing up in the age of climate change, it’s now a familiar sight. “Sonoma County kids know that when

Winter Is Coming — But Not For NYC’s Rats

In 2015, a rat dragged a piece of pizza the size of its body down the subway steps in New York City and won the hearts and minds of people across the

Greg Brudnicki, mayor of Panama City, Florida, has lived in the community for 55 years and said he has never seen a storm like Hurricane Michael. The cyclone barreled through the Florida

How ‘Tropical Trump’ is Harnessing Racism to Destroy the Amazon

If you’ve never heard of Ricardo Salles, it’s helpful to think of him as another version of Scott Pruitt. There’s a lot that the Brazilian environmental minister has in common with the

Critics Say the Green New Deal Is Too Costly. Here’s the Cost of the Status Quo.

Anna Mowery grew up in a world where adults didn’t care about climate change. Her senator, Mitch McConnell (R-KY), a noted climate change denier, took office in 1985, more than 15 years

The Changing Face of Climate Diplomacy

Even though Carla Frisch worked for 10 years at the Department of Energy, she had never been to a UN climate change conference. “I mostly worked on domestic issues,” she said. But

The deadly wildfires ripping through Northern California are just the latest in a season of record-defying natural disasters in the United States. As the death toll passes 40, reports of Californians hiding

Richard Vevers was an advertising executive in London with a passion for diving. Then, he witnessed the dramatic effects of coral bleaching at Bali’s Airport Reef. Shocked by what he saw, Vevers

Clouds Over the Sunshine State

This is the third of five installments in a series about clean energy. Imagine you’re packing for a Florida vacation. A swimsuit, shades and a few gallons of sunscreen are probably the

Alongside Highway 401 in northern North Carolina is a 21st-century twist on a classic rural scene. A few miles outside of Roxboro, sheep graze among 5,000 panels at the Person County Solar

Scenes From the People’s Climate March

On Friday, the Environmental Protection Agency took down its website on climate change. On Saturday, temperatures in Washington, D.C. soared to a record 91 degrees, capping off the hottest April ever recorded

Winds of Change Blow Towards Kansas

When President Trump signed his executive order targeting Obama-era climate policies in March, he made sure to get the optics right. “You’re going back to work,” he promised the coal miners surrounding

Seventy-Six Women on a Glacier Are Changing the World

Heidi Steltzer’s job, as she puts it, is “hiking where no one else will go.” As a mountain and polar ecologist studying rare plants, she’s accustomed to traveling to breathtaking Arctic vistas

One gray day in early November, hundreds of mourners gathered at the Presbyterian church in Basking Ridge, New Jersey to celebrate the life of one of the community’s greats. The fallen is